Request a quote for an upcoming event 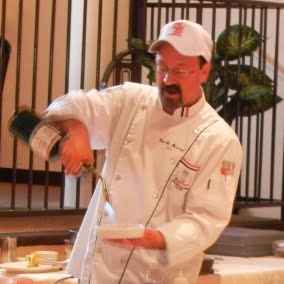 Top Things to Learn in the Kitchen

Our focus is to teach the basics of cooking first and show you how those basic translate into easy to prepare meals, then how to add a few extra touches to make them extraordinary.

How to start a meal by preparing

How to bring flavor to any dish

How to pull a full dinner together
Chef Cal Bio

Chef Cal has a very unique background that has touched many facets of the Food & Beverage world, with extensive professional experience across multiple industry segments from continental fine dining to American family casual. He began his passionate pursuit of food at the age of 16 when he entered the back door of a restaurant and offered to wash dishes for free just so he could watch the chef work. At that early age, he also started competing as an amateur chef. Cal's career fast tracked when he entered the American Culinary Federation Apprenticeship Program in 1980, graduating in 1983, and climbed the ladder to Certified Executive Chef, quickly being recognized as Chef of the Year. From there he has experienced everything from the pinnacle of cooking for dignitaries and professionally competing in the International Culinary Olympics (IKA) to getting into the trenches of designing and building professional kitchens from the ground up. Chef Cal loves to blend his traditional French Escoffier training with his Italian heritage in many of his creations, but he has an eclectic repertoire that spans cuisines from around the globe, including Asian, European, traditional American  and beyond. His philosophy begins with food, understanding ingredients, how they balance to create the best flavor and how they present themselves as a feast for the eyes. Throughout his career, as an instructor to ACF apprentices, CRAEF ProStart students, collegians, and aspiring foodies, his love for sharing his craft is infectious to those who want to learn more and grow as culinarians and restaurateurs.

"I grew up in Redding, California, pretty much a small rural town back in the day, cooking anything and everything my family could muster up through hunting, including tree squirrel, rabbit and rattlesnake (elk was the best), but my true fascination for food would be ignited when I had my first-ever fine-dining experience at the age of 17. One of the most heralded destinations on the West Coast is The Sardine Factory in Monterey, and it was there I would meet and be inspired for a life-long journey of all things culinary by Chef Bert Cutino. I would then take the next step of pursuing a professional career by following my mentor Corporate Chef George Goodrich to Bakersfield, CA to open and develop the fine dining and banquet/catering programs for the Red Lion Hotel chain, completing my ACF Apprenticeship Program.

I have so many experiences and tales over the years since those humble beginnings, but there are definitely some that are much more vivid in my mind, such as working side by side and soaking in the tales and wisdom of many ACF Certfied Master Chefs such as Roland Henin, Raimund Hofmesiter, Edward Leonard, Ferdinand Metz and Michele Richard. I remember dining at Trotter's, the breathtakingly elegant cuisine and masterful amenities, and then the rich conversations with Chef Charlie Trotter down in his kitchen after hours with his staff. From him I garnered my understanding of "Attention to Detail" and he encouraged me that "After love, there is only cuisine." Back across the continent, as a year-end bonus, I would treat my ACF apprentices to sharing a meal at Chef Thomas Keller's French Laundry in Yountville, CA. It was there that I began experiencing a true respect for all ingredients as he would press on that, "It's all about Finesse", and I won't forget what it says above the clock in the kitchen "Sense of Urgency".

I have been mentored by many of the greats in the industry, and I have been so honored to be a part of the orchestration and cooking and plating for some of the most highly elevated dinners, including events and fundraisers held at the Robert Mondavi Food & Wine Center in Costa Mesa, Spago in Beverly Hills and Hollywood Park Racetrack and Casino. One of the most detailed dinners was a  tribute to White House Chef Henry Haller in Las Vegas at the annual fundraiser for The Meadows School. I would also spend many hours studying the intricacies and nuances of wines around the world and the art of wine pairing with Sommelier and Chef Sal Campagna, former franchise chef for the San Francisco 49ers. I also remember the opportunity of writing the summer menu for the Ahwahnee Hotel in Yosemite and cooking a VIP dinner with Chef Greg Cole for Dr. Robert Sinskey.

Possibly the most memorable experience for earning a position on Team California to compete in the International Culinary Olympics (IKA). For twelve years, training alongside Team California founder, Executive Chef Brad Toles, traveling to Germany 3 times and receiving 3 Team Medals as a part of Team California, 1 gold and 2 silver. But most of all, none will compare to the day that I proposed to my wife, Christa. As we sat in a Napa vineyard overlooking Silverado Trail at sunset, I presented her with a German Chocolate Cake with a diamond ring tucked away inside. She said yes, and now I have a partner in life who shares my love for the art of cuisine and understands that it is much more than just having a kitchen full of cookbooks. It is hard work, it is persistence, it is detailed, it is fast-paced and relentless, always reaching for yet another level higher." 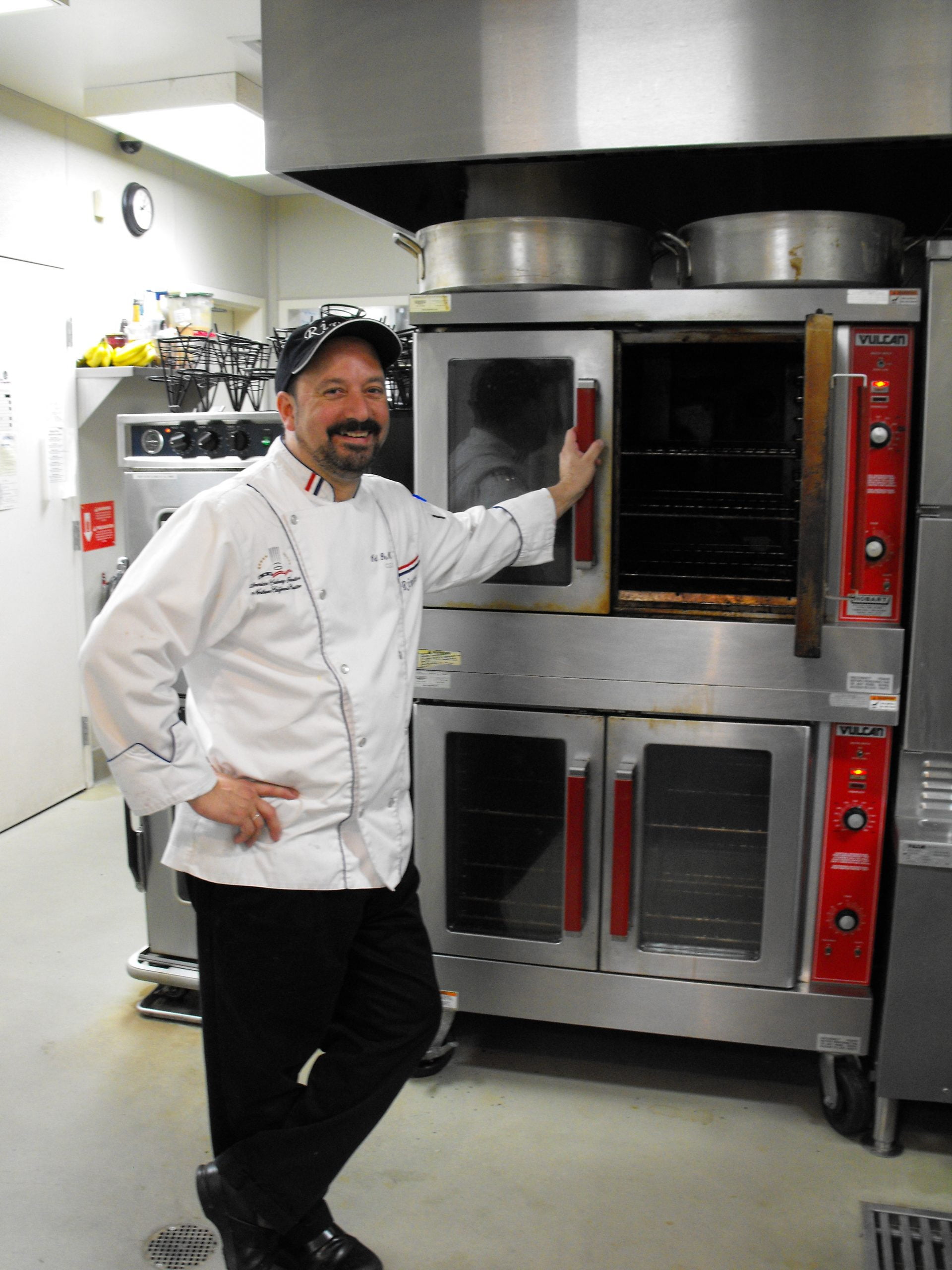 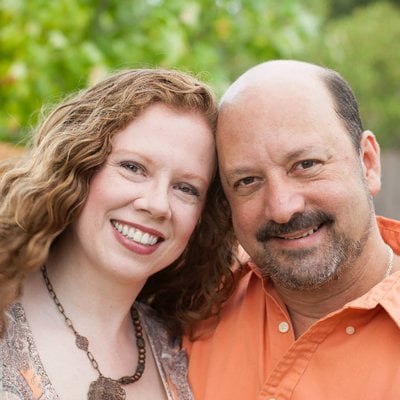 "This is our journey of discovering the joy of cooking…together!"

Instead of a New Year’s resolution for the 2018 year, I asked my chef husband to be my tutor/mentor/sage (not the herb), teaching me his tips, tricks and wisdom in the culinary department. I figured that after over a decade together, our baker’s dozen year should be a fun journey of cooking.

My husband has been in the food service business since, well, forever (40-ish years). When it came to the restaurant life, I was always more comfortable in the Back Office and sometimes Front of the House, but never really ventured into the commercial kitchen. I had obtained a few skills over the years by observing my husband and then experimenting here and there at home. But fiddling around the kitchen as a novice was no longer enough for me. I had been learning from him how to coordinate the school lunch program for our son’s school and I was ready to learn more and see food from a chef’s perspective. And so we dusted off an old blog sitting in the shadows of the web, and Culinarily Yours launched on January 1, 2018 as a new blog to track my accomplishments.

I have been taking my apprenticeship to the next level as his sous chef as we take on catering locally and vlogging internationally with our own YouTube cooking channel and launching the CY Cooking School. I am now confidently running the food service program for our son’s school and Chef Husband runs the food service for Hilltop Estates Retirement Community as Executive Chef.

There are many reasons to be a part of a cooking class. You could be participating as part of a retreat, a couples communication weekend, a fun get together with the girls, a personal one on one lesson, even a professional skills training boot camp... Business luncheons, weddings, holiday parties, anniversary dinners, fundraisers are but a few events where we all share food. We provide custom menus and quotes for each and every event. To request a FREE consultation...