What do you do with a 2 lb box of mixed cherry and grape tomatoes? Well, you can eat them raw, or garnish (several) salads with them…or you can cook them in butter!
Just like bacon, everything tastes better with butter. So, we’re gonna pop these little puppies in a pan and give them some royal treatment. Chef Husband demonstrated one batch, start to finish, and then it was my turn to make two more batches (because we had three boxes of tomatoes).
Mis en Place!
Hot pan. Generous amount of butter. Handful of fresh basil roughly chopped (which means we’re not worried about precise sizing in our knife cuts). Seasoning, which includes salt, white pepper, granulated garlic, granulated sugar.
We still had the heat cranked up from Chef Husband’s first batch, so this pan was already hot and ready to go. Into the pan went about half of a stick of butter, which was melted and bubbling quickly (I could smell the nutty flavor, but had to be careful not to start browning the butter). Into the pan went the fresh tomatoes and basil, followed by a few sautée flips, to get them all coated in the butter. After a light seasoning of salt/pepper/garlic, the lid was on. Every minute or so, I gave them a quick sautée to toss.About 2 minutes out, before they finished (which was about 8 minutes total in the pan), they were dusted with some more salt/pepper/garlic and about a tablespoon of sugar. I could see the skins blistering which would tell me they were nearing done. Right at the end, I drizzled some red wine vinegar over the top, and they were ready to serve. 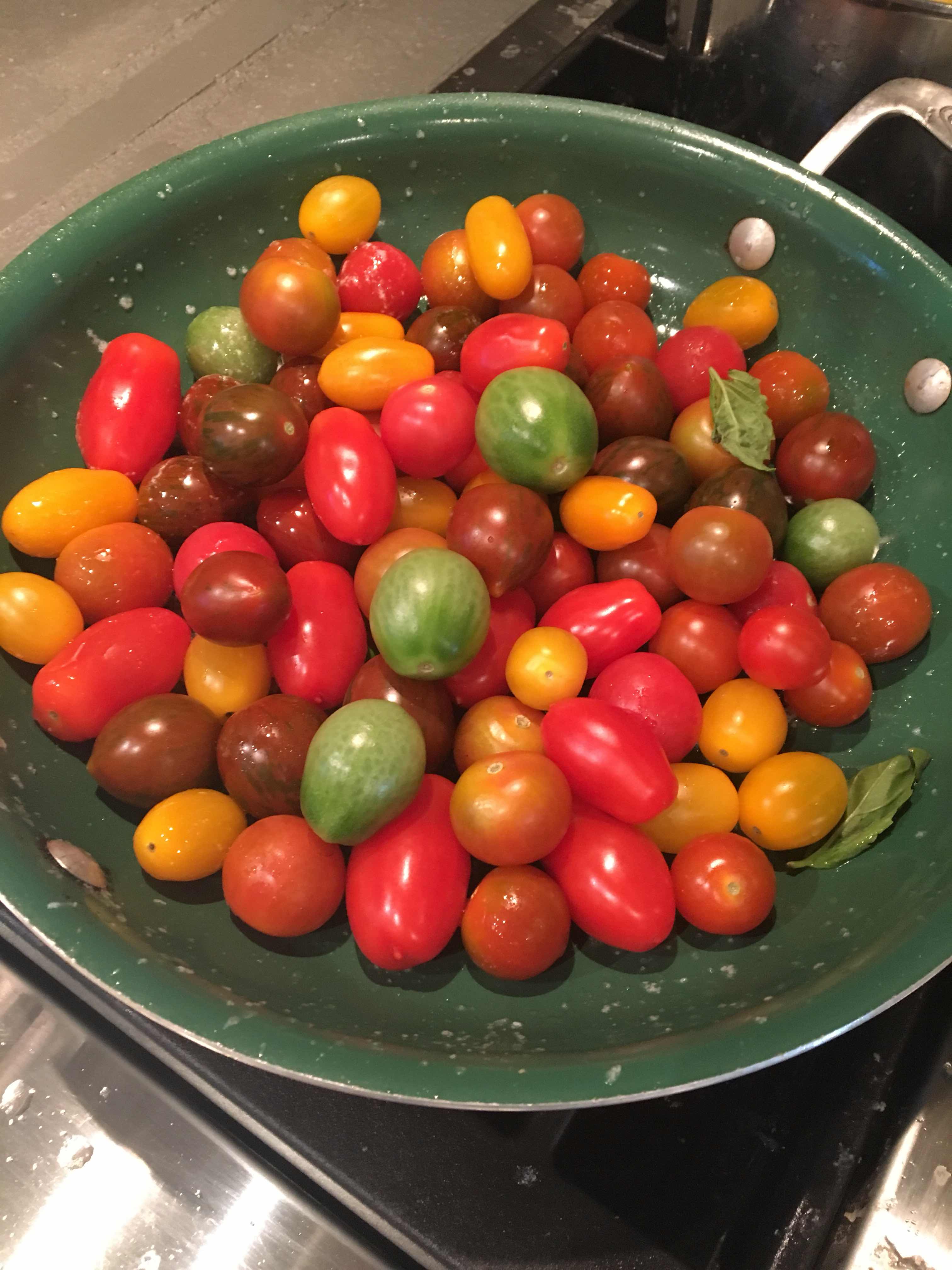 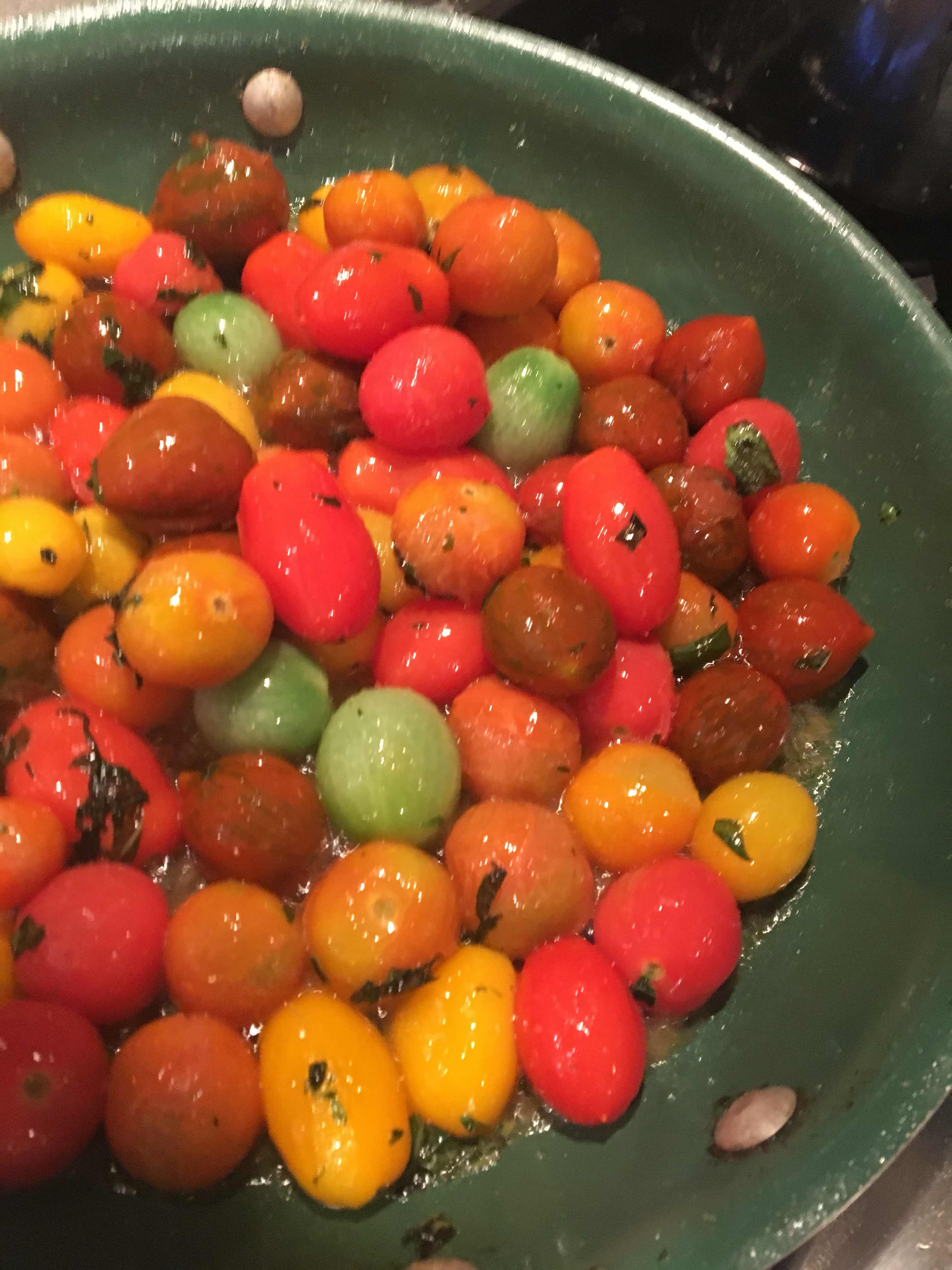 We served them over the top of pasta, but first we just ate them like candy, all by themselves.