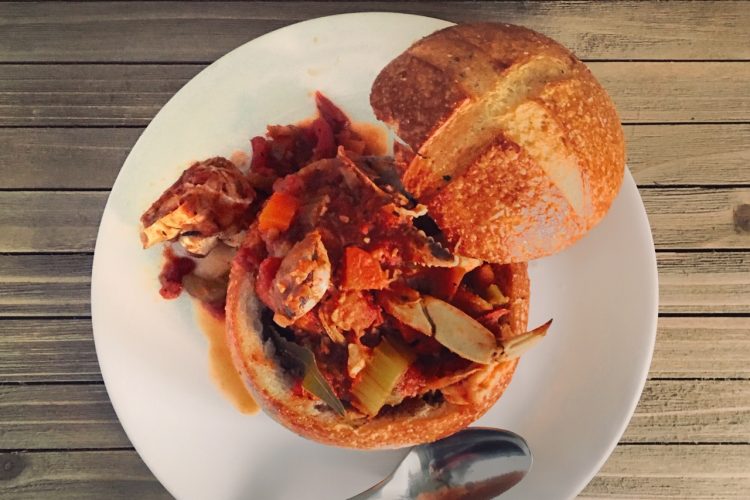 Suddenly, I noticed the scent of garlic and clams were filling the air. Could it be? Is Chef Husband making chowder? It has been a really long time since I’ve had clam chowder. Back when we owned our last restaurant, it was an every Friday occurrence. But that was about five years ago. (Really, has it been that long?)

Homemade New England clam chowder calls for something special… a sourdough bread bowl.
Now, I’ve given up on the whole homemade sourdough idea. I’ve crashed and burned trying to keep starter alive. Best to leave it to the professionals who regularly invest their time in baking everyday. So, two small boules from the Winco bakery will do just fine.
Bread Bowl 101

Using a serrated paring knife, insert it sideways, at a downward angle, and cut around the circumference. Using the same knife, on the bottom piece, hold it straight up and down and saw the tip gently around the inside edge, about 3/4″ in from the crust, cutting only about 1″ deep, to create a guideline. Next, take those handy dandy fingers and start pulling out the bread to create the bowl. Also, pull the excess bread from the top piece to form the lid.

Lightly brush the inside with melted butter or olive oil, season with granulated garlic or a parsley-garlic-salt blend, if you so desire, and toast. We toasted ours in our handy dandy Black & Decker air fryer at 350° until lightly toasted, about 5-7 minutes. If you’re using an air fryer with a basket, the lid and bowl can be toasted separately, or you can toast them together, tipping the lid sideways along the side of the bowl. Just be sure to rotate it halfway through, to achieve even toasting.

Ladle your bowls full with steaming chowder, and enjoy!

Bonus: Leftover bread crumbs can also be saved and toasted for binding together a meatloaf. 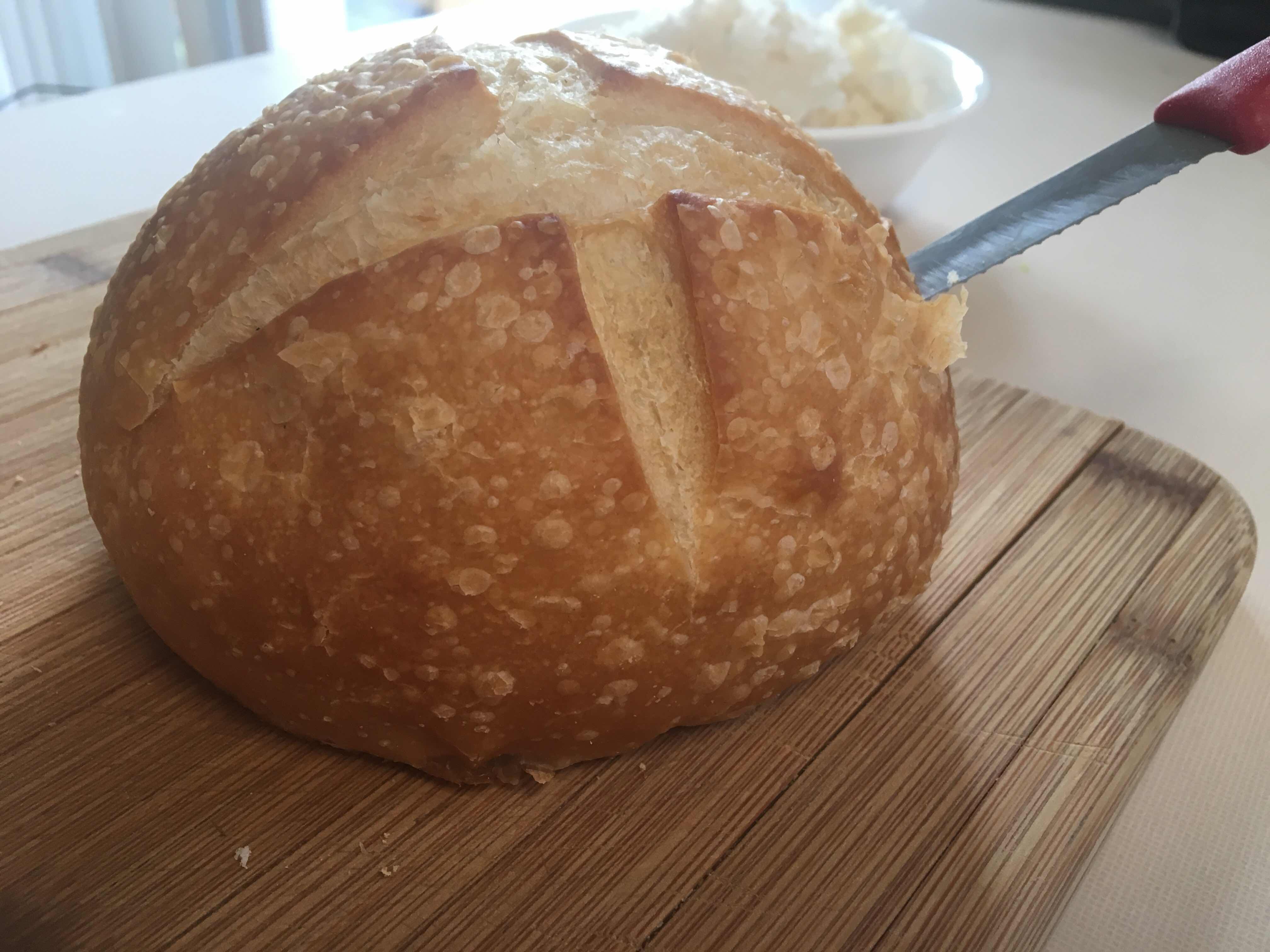 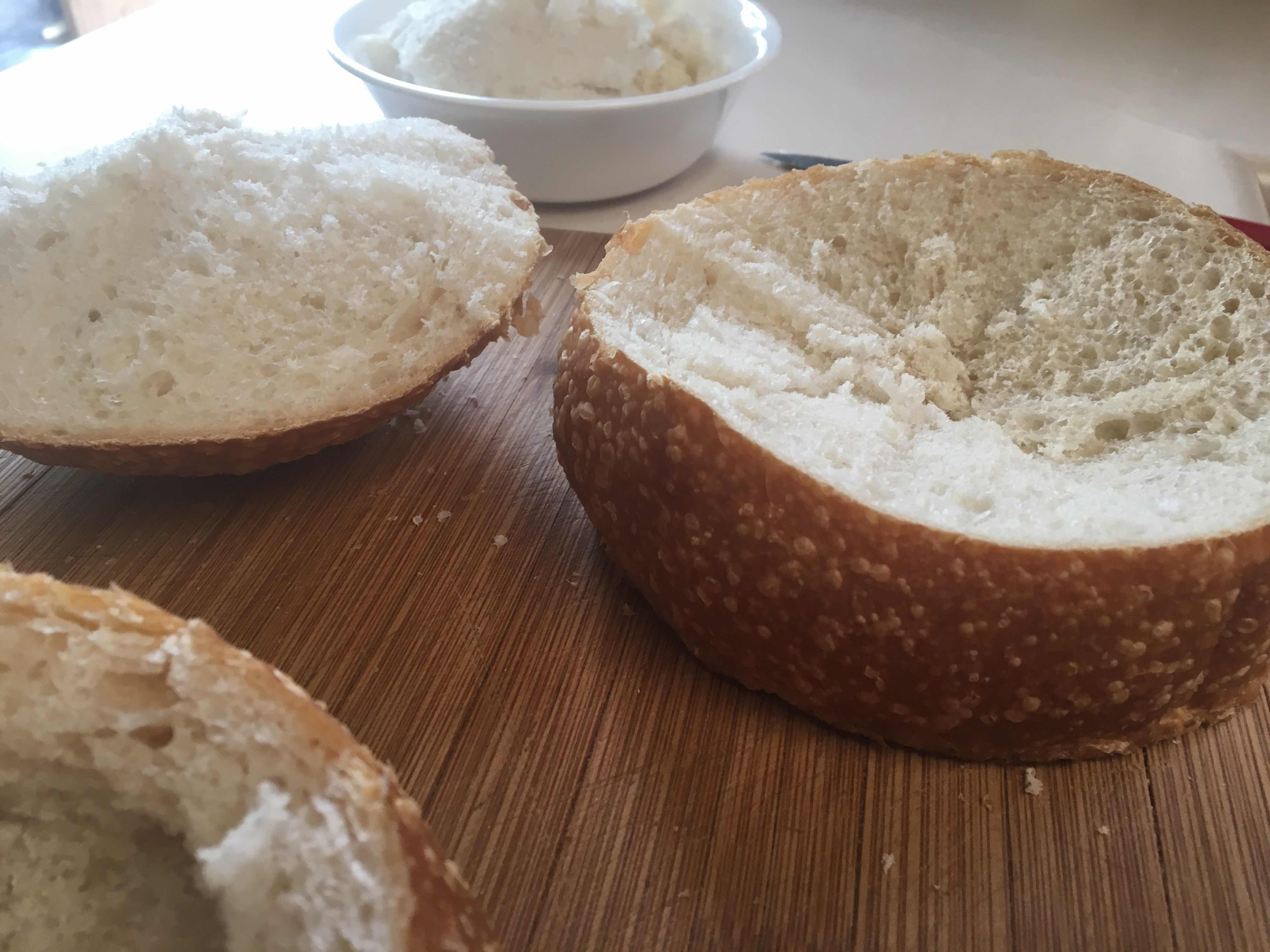 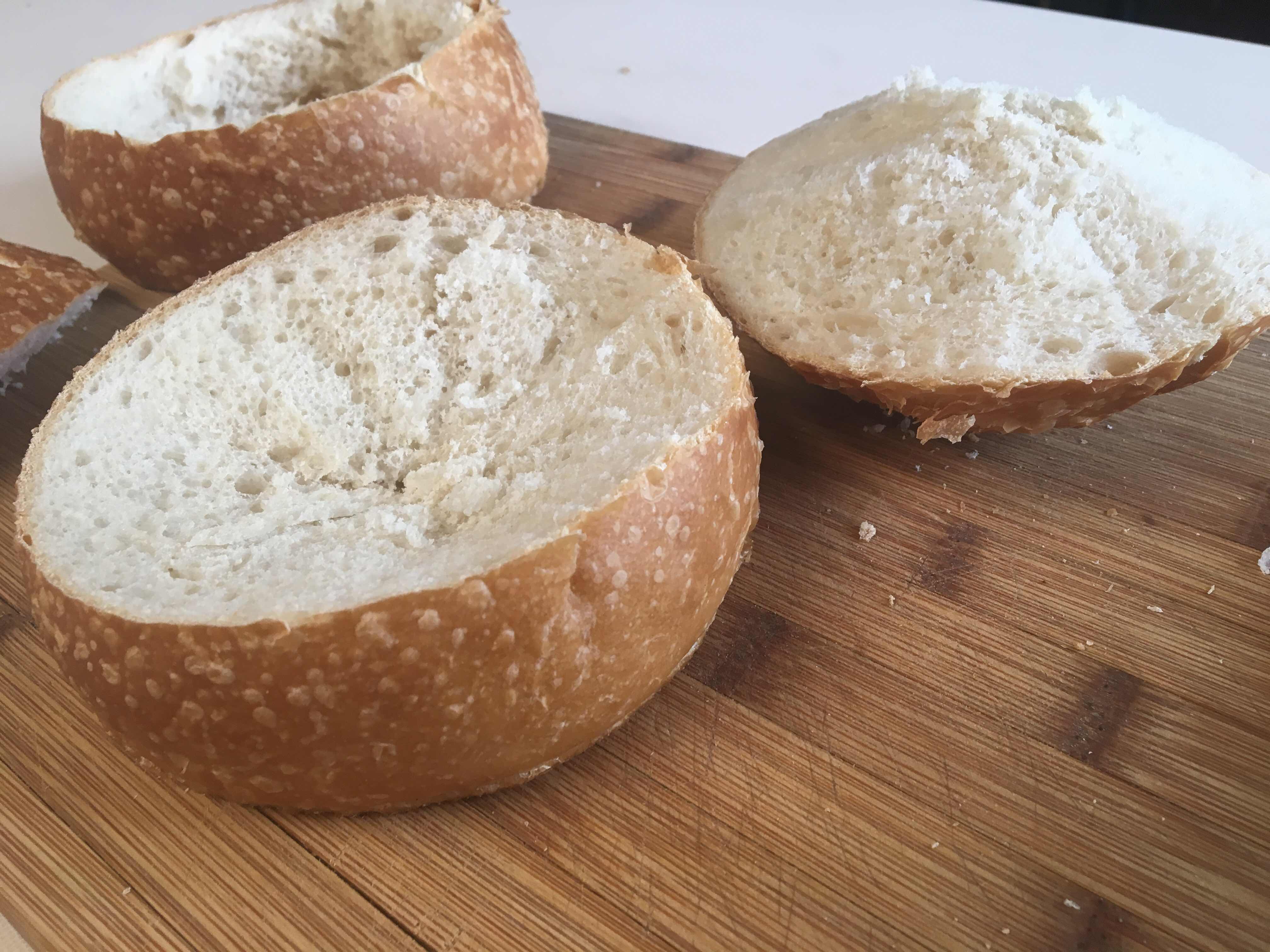 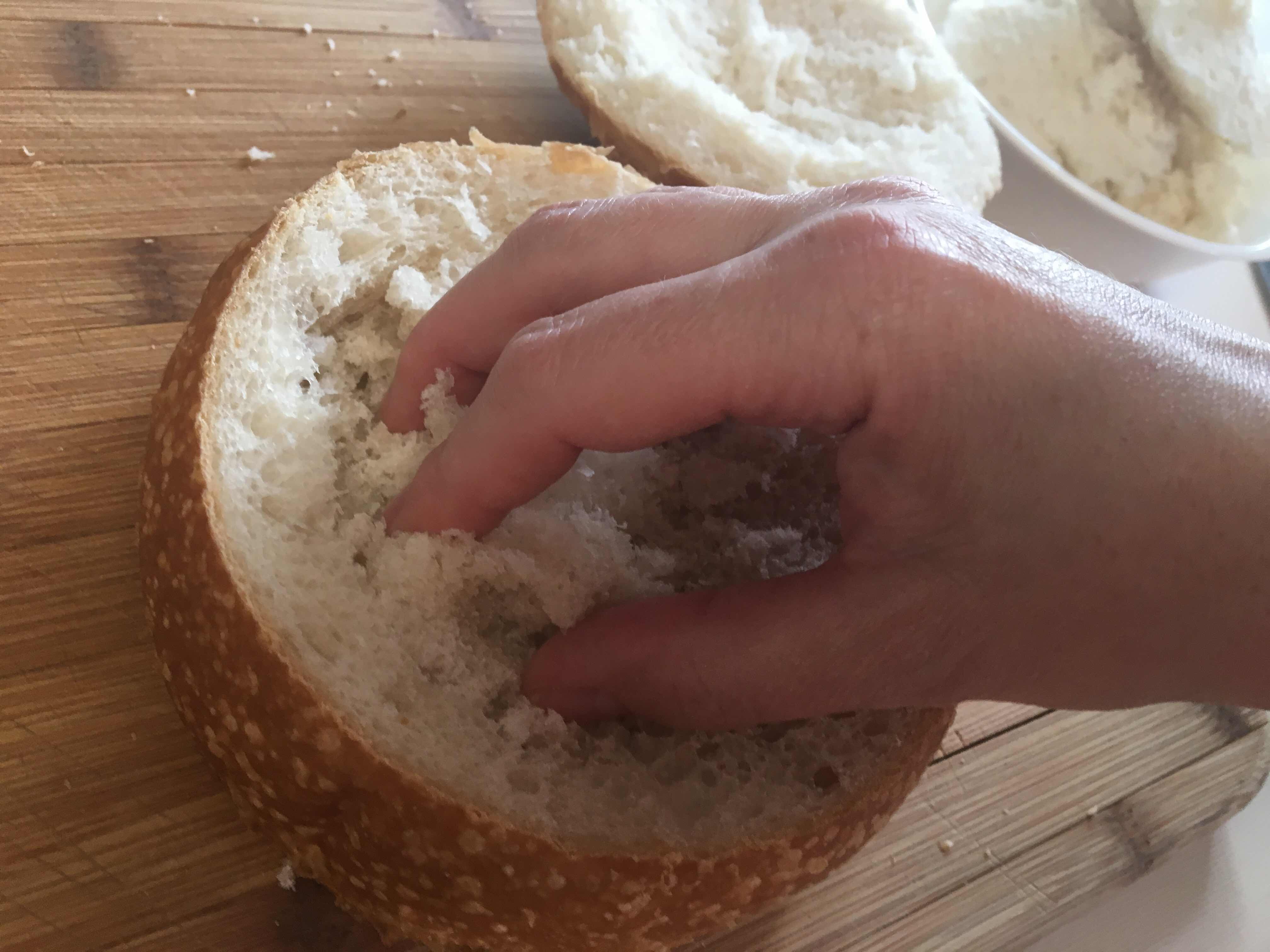 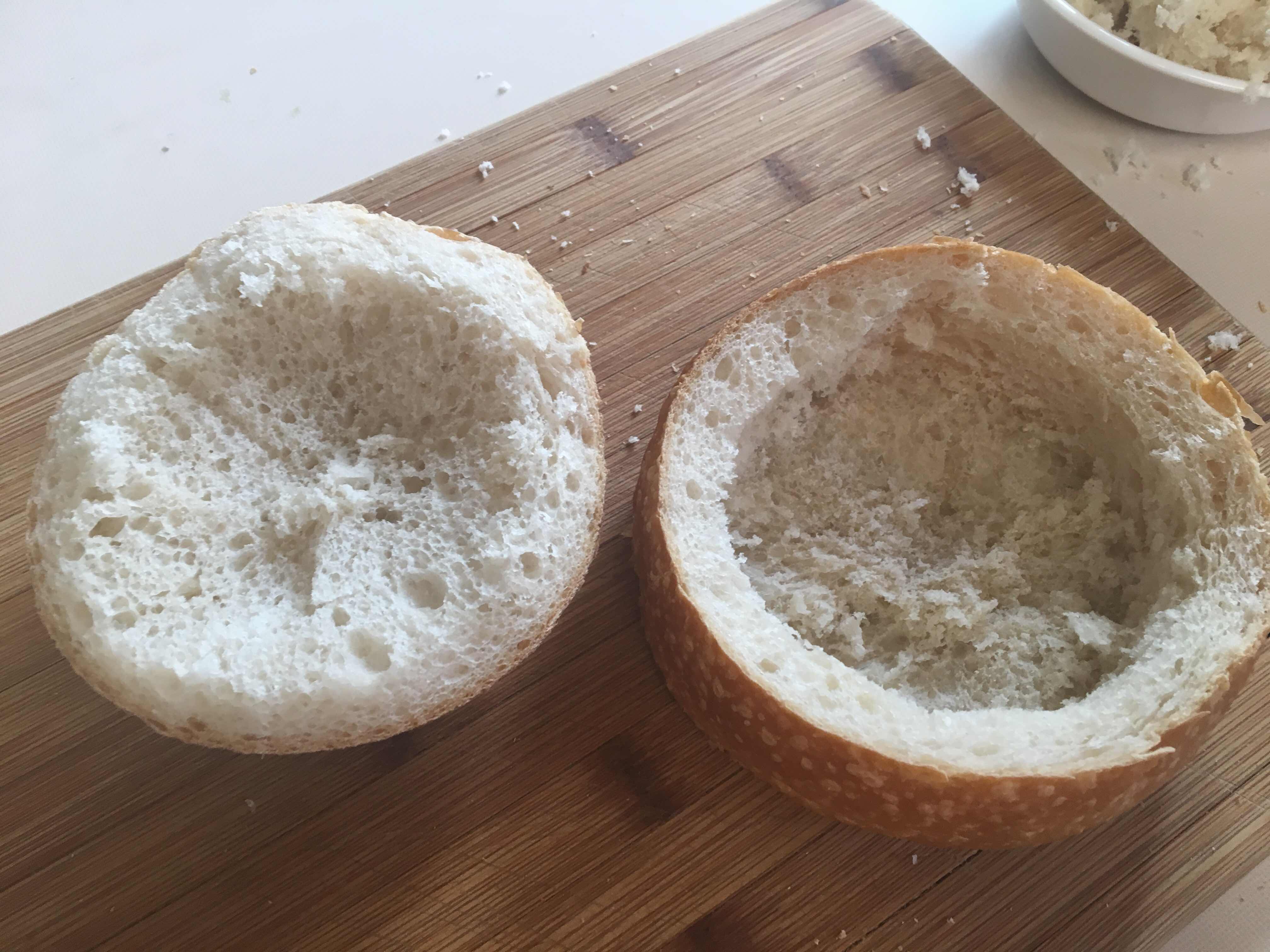 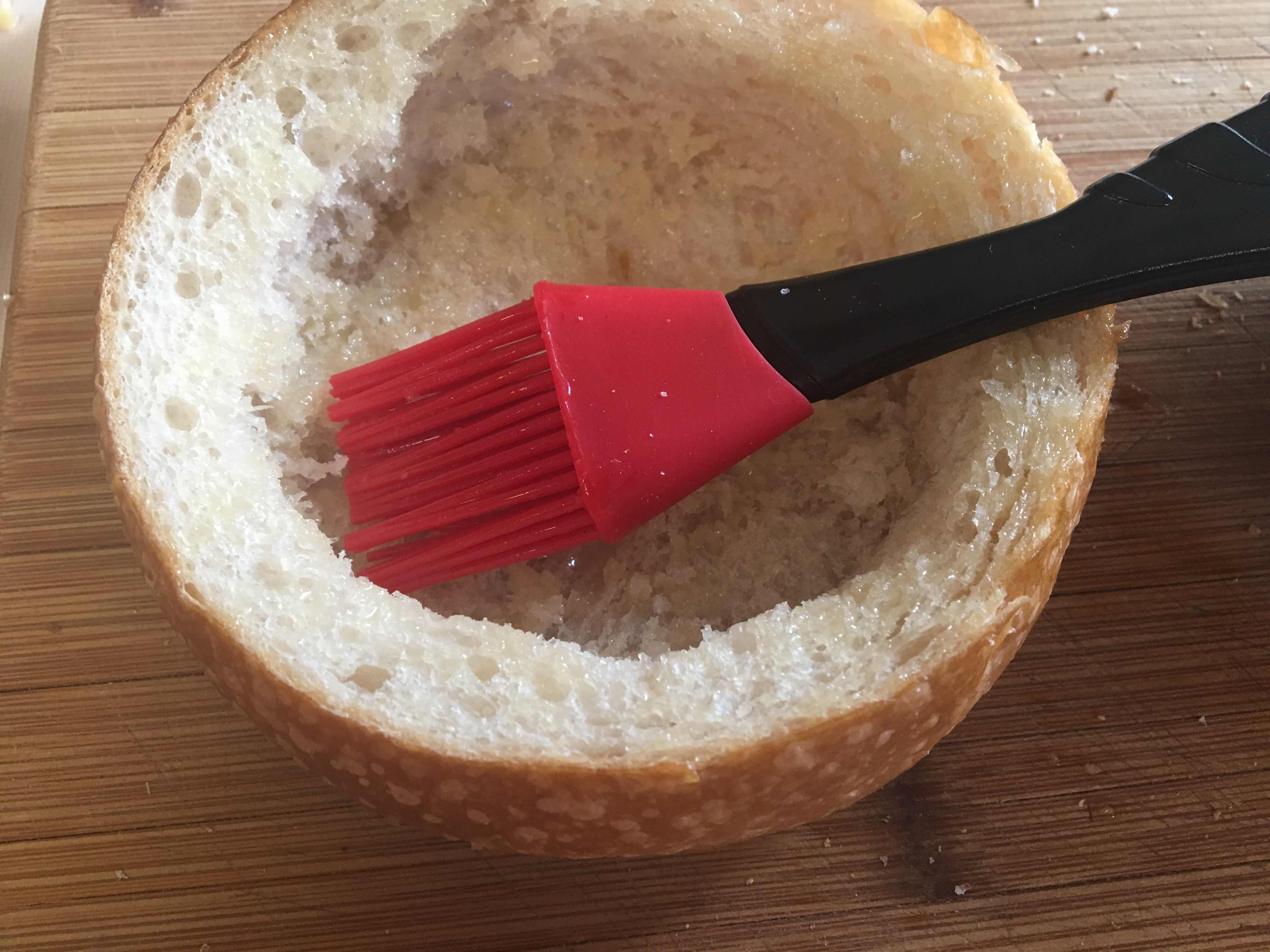 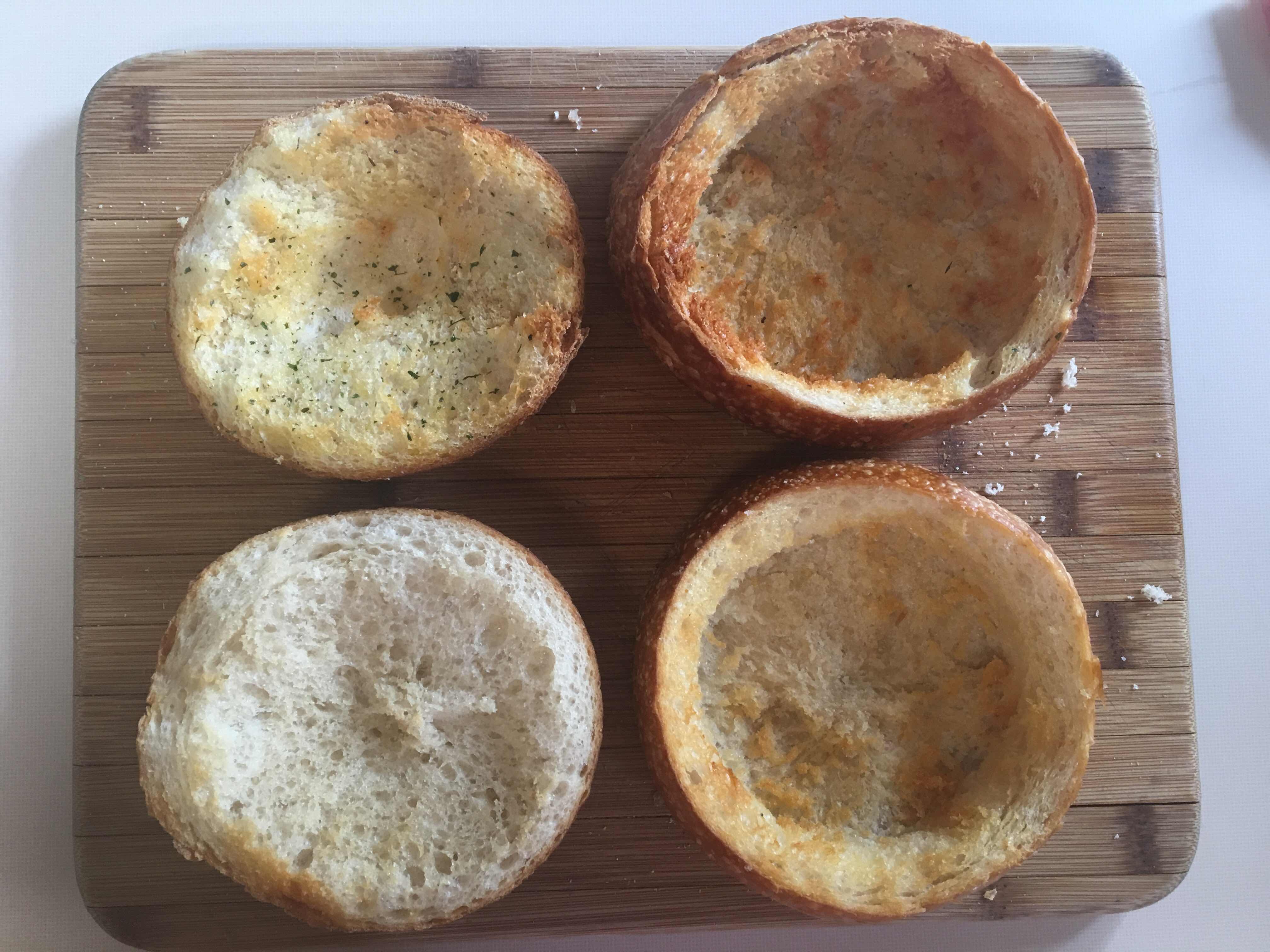 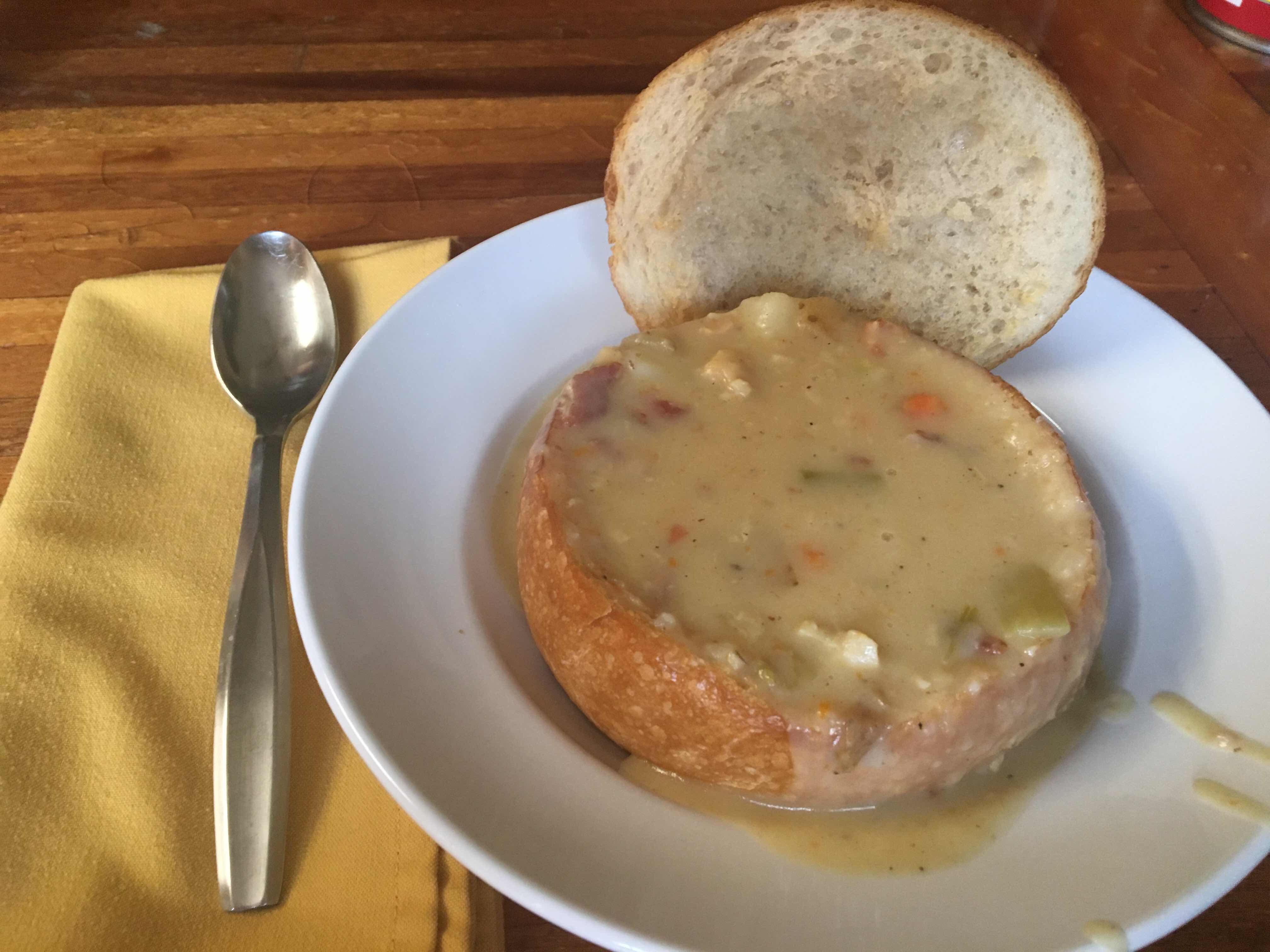 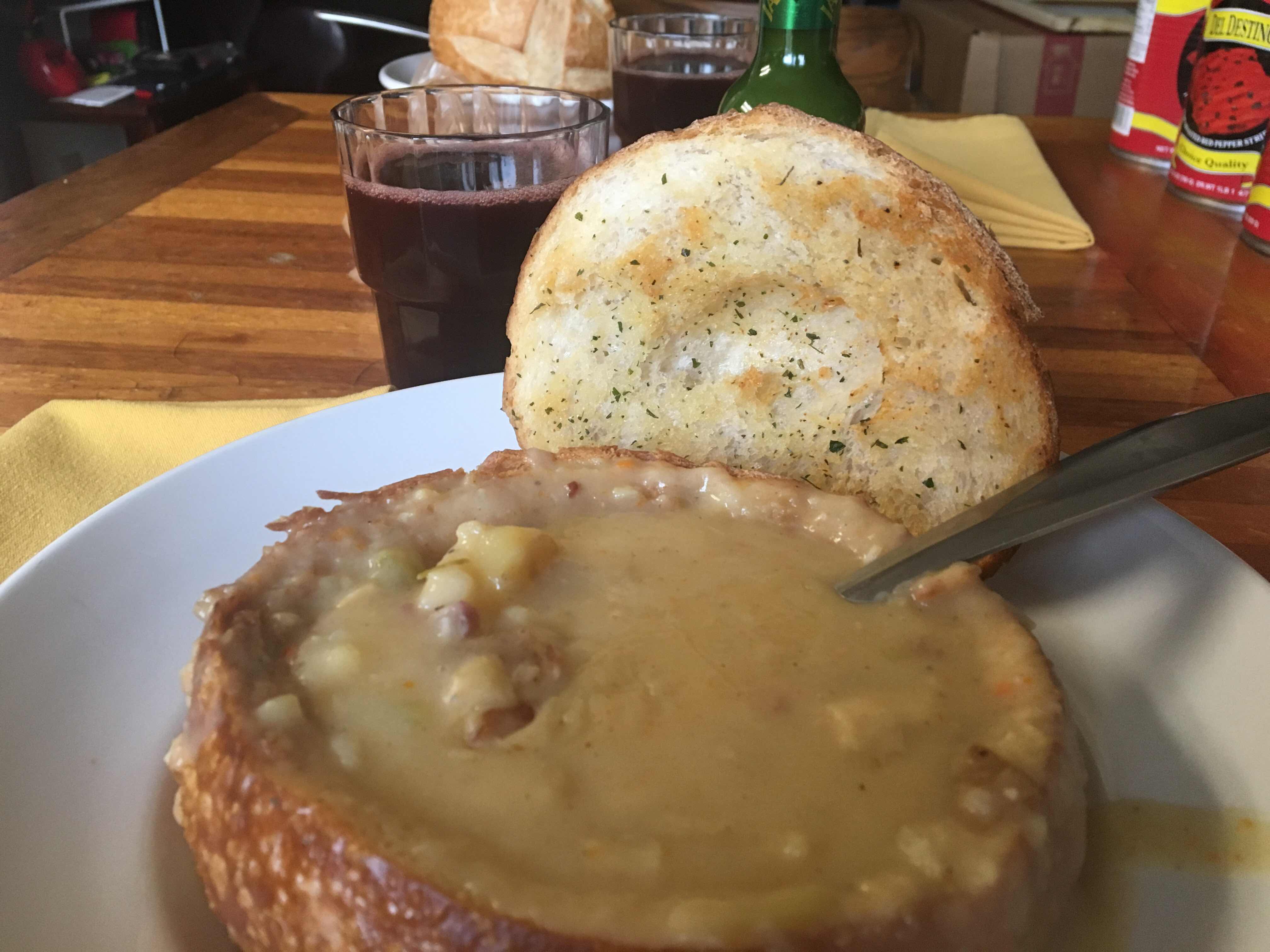 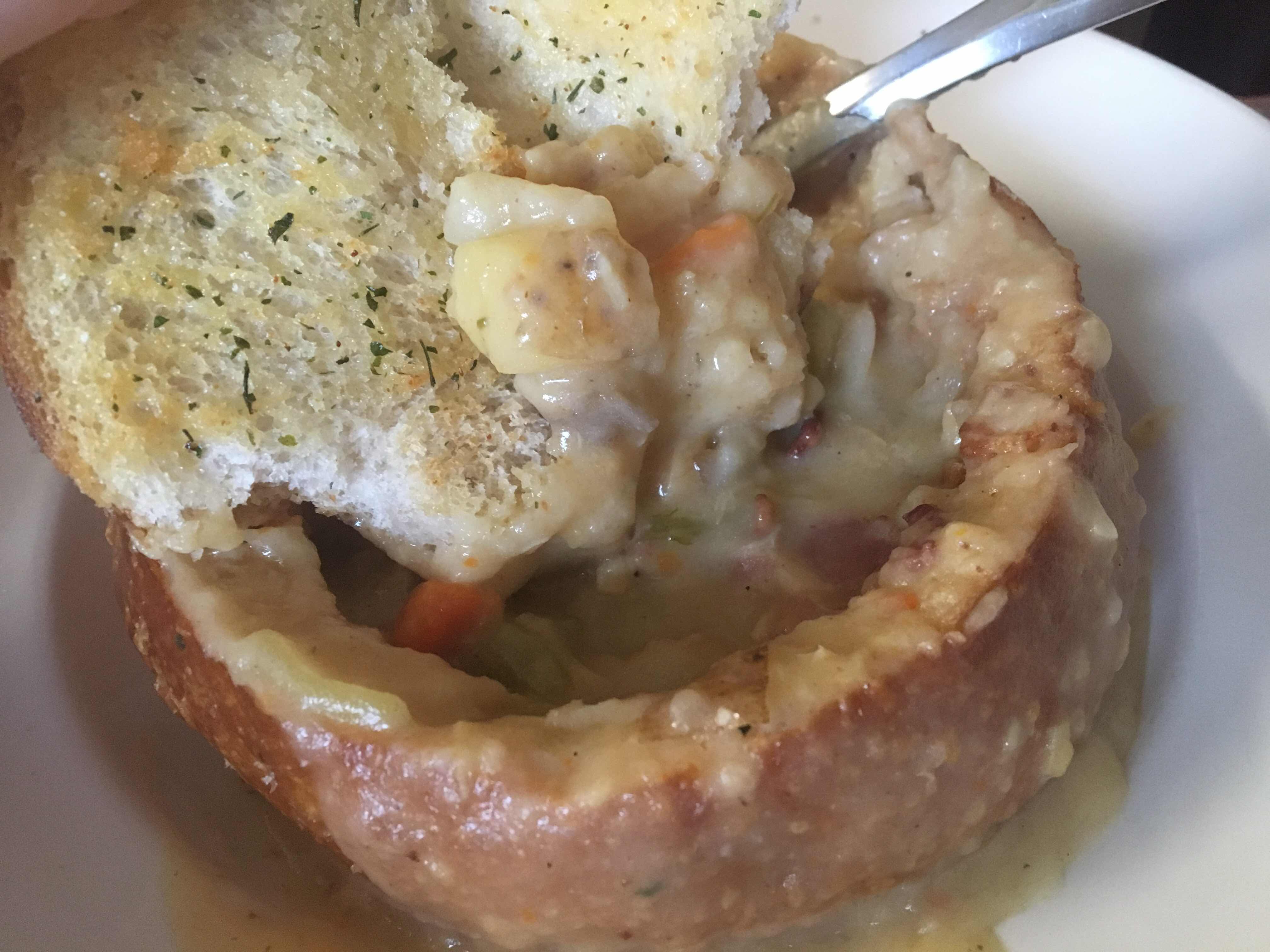 Fall is officially here. Soup season is upon us. Now that I know how to prep a bread bowl, all I need to do is learn how to make Chef Husband’s chowder. I haven’t been privy to that secret yet. Soon…. Very soon…

Dive into an adventure where we focus on learning how to use ingredients and techniques, in order to become a more confident cook in the kitchen. Read More about Chef Cal »

Find out more or adjust your settings.