We’re moving on from empanadas to egg rolls. Both take a “dough” wrapper of sorts, are filled with a mixture, and then sealed with egg wash, before cooking. Though we used biscuit dough and baked the empanadas, today would be a lesson in frying.
I have never fried before, mainly due to the mess on the stove (and the fact your house smells like a deep fryer afterwards). Nevertheless, something new to learn. My task was to work on prepping the egg rolls for their ultimate destiny in the hot shimmering oil.
Chef Husband prepared a filling of diced Char Siu pork, chopped yellow onion, chopped green bell pepper, minced shallot, chopped fresh garlic cloves, minced fresh ginger, chopped fresh cilantro, Sambal Oelek chili paste and Korean BBQ sauce.
From there, after a quick rolling and shaping tutorial from Chef Husband, I took two large spoonfuls of the mixture and placed it narrowly long and parallel to the bottom half of the square Egg Roll Wrapper. I then proceeded to paint around the edges of the wrapper with egg wash, folding in the sides and pressing to seal. Next was to bring the bottom edge up and over the filling, then tuck and roll, kind of like rolling-up a sleeping bag, ending with the seam side down. It’s important to form a tight seal with the egg wash, otherwise you risk the egg roll breaking open in the pan.
They were now ready for frying in a pan of 350 degree oil, that was just deep enough to come up the sides of the egg rolls about halfway. The temperature of the oil dropped considerably, once the egg rolls were put in, so it was necessary to bring the oil back up to temp before dropping in the next batch. Each batch took about 3-4 minutes on each side, turning once or twice for even coloring.
After turning golden brown, they came out of the oil to rest on a nice pillow of paper towels to drain. 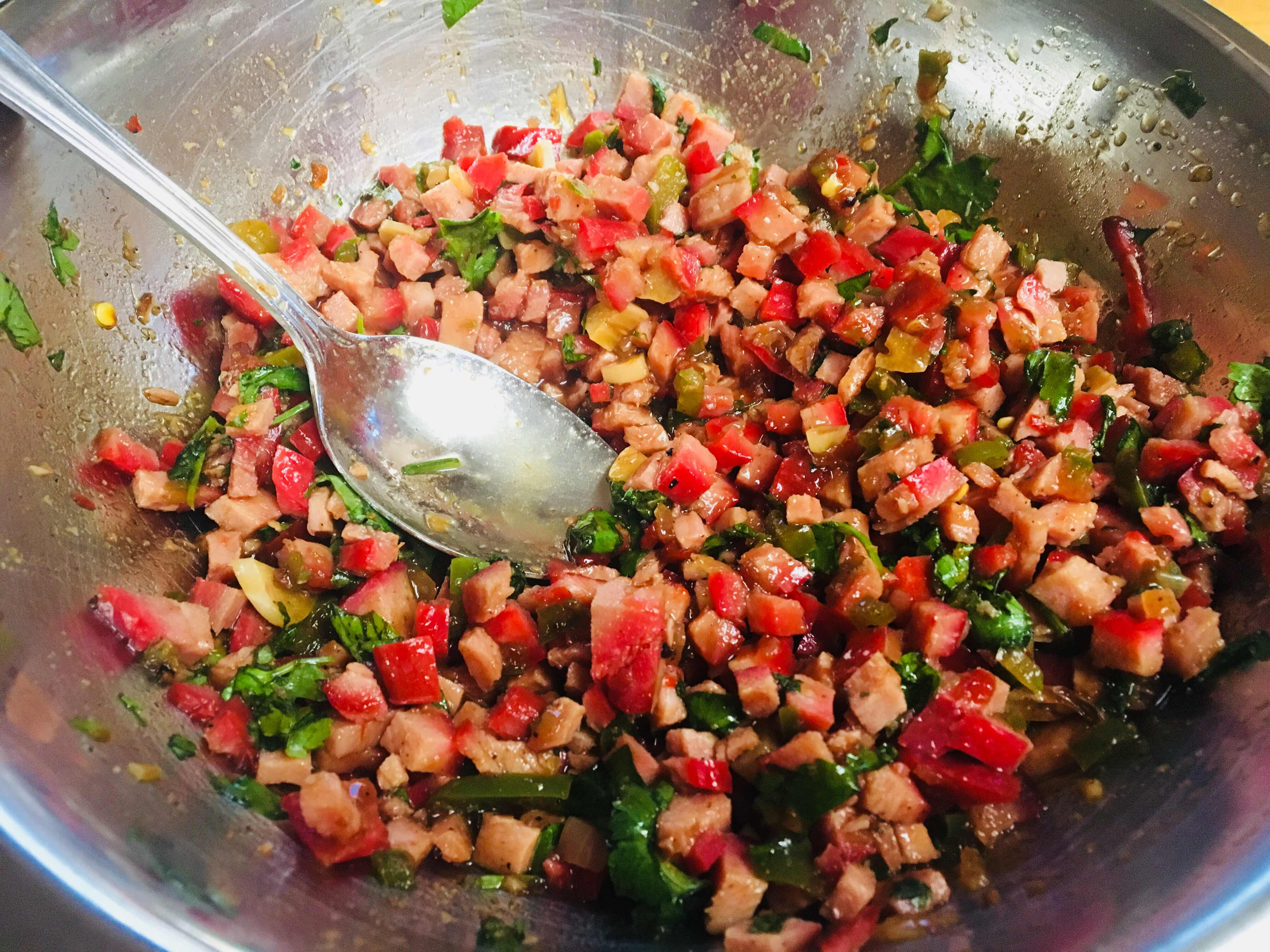 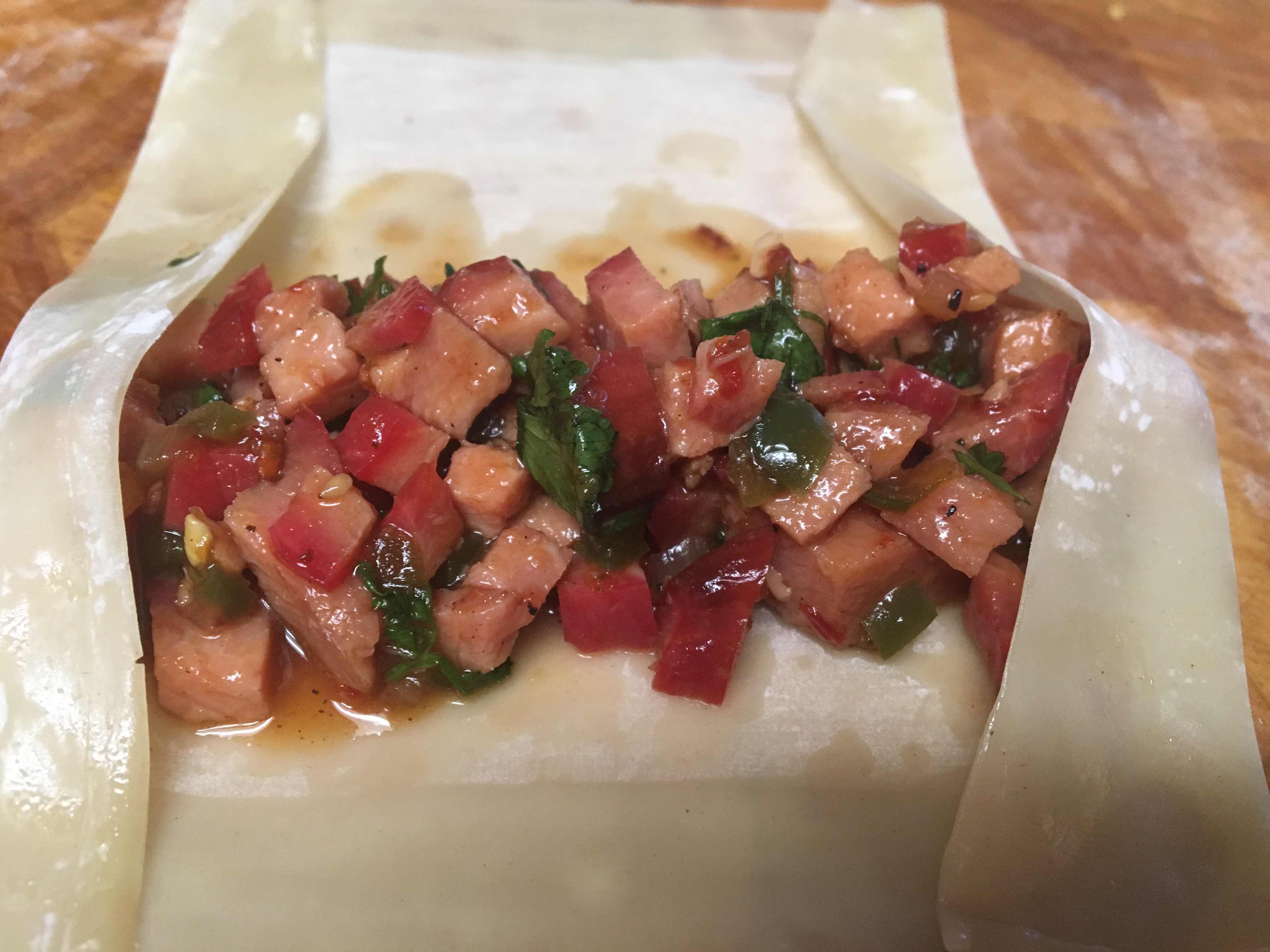 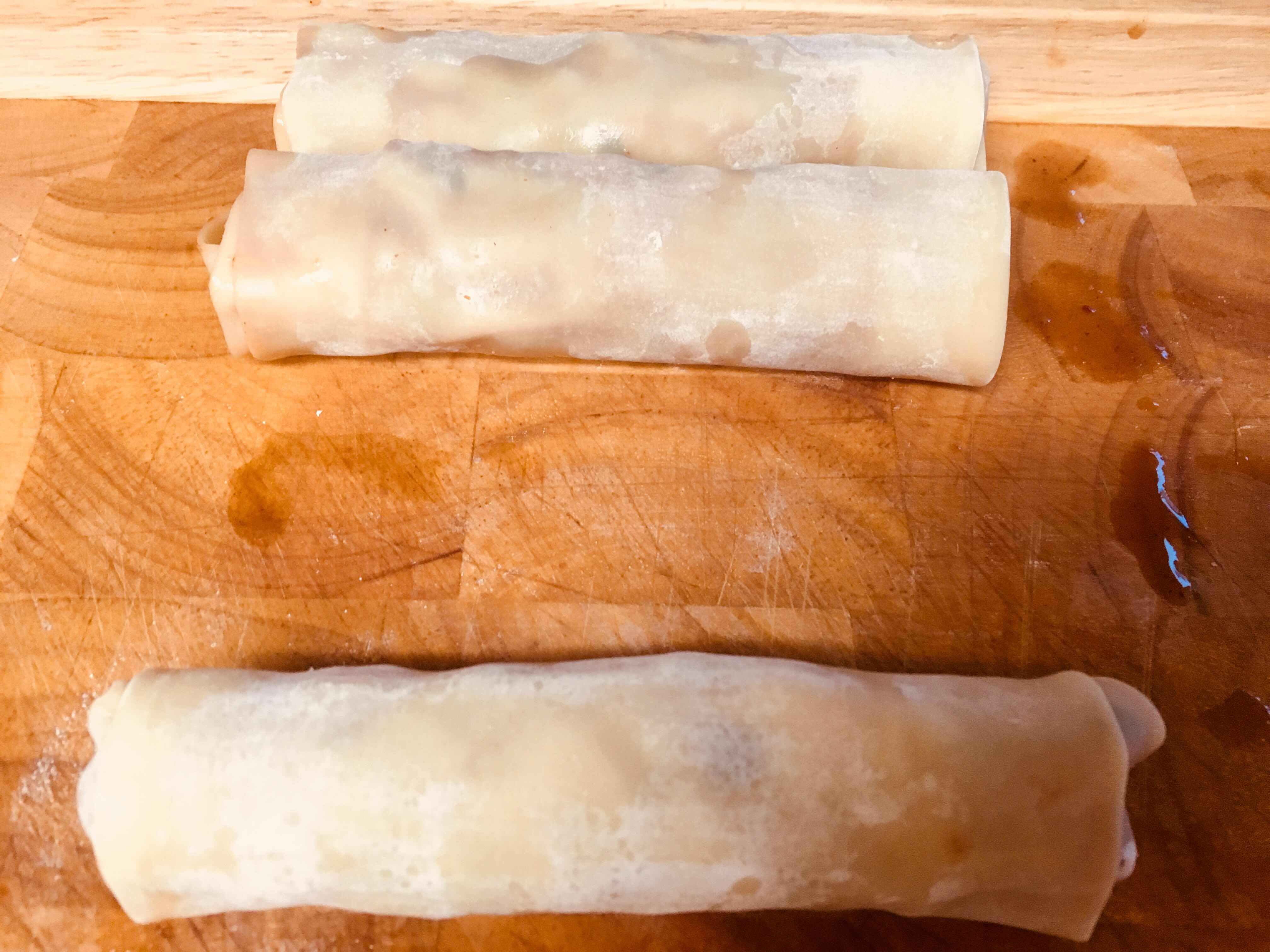 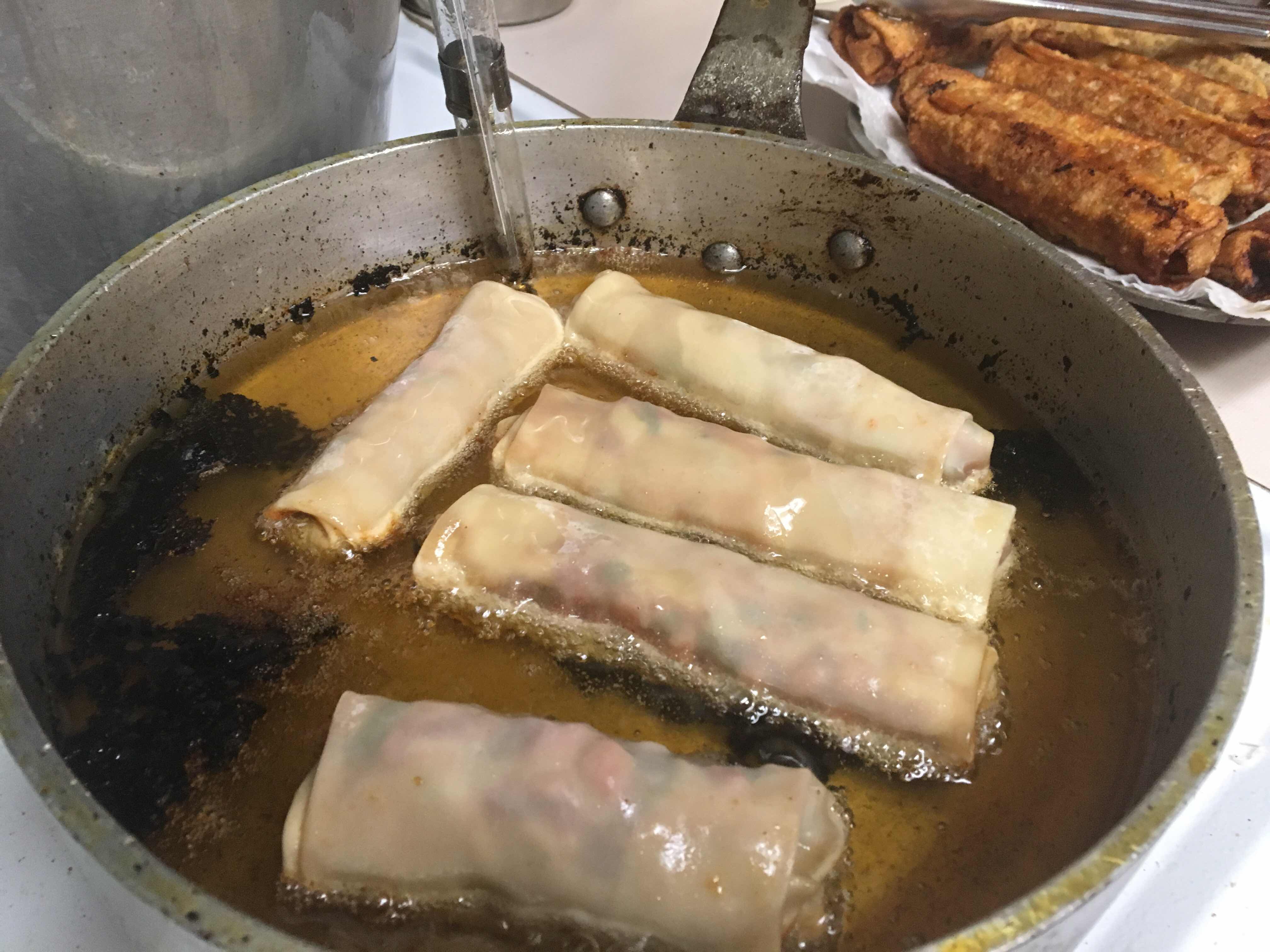 My rolls weren’t as consistent in size as Chef Husband’s, some were long and thin, some short and fat, but a good first attempt.